Tense. Emotional. Frightening. No Escape (2015) is one of those films that hits you between the eyes right from the get-go. But don’t be fooled by its appearance, because as you well know, appearances can be deceiving.

Now I’m a fan of Owen Wilson, but if I’m honest, I wasn’t expecting much from him in this seemingly serious role as expat engineer Jack Dwyer struggling to get the hell out of a south-east Asian country in the middle of a violent uprising. But Wilson gave one of the best performances of his career and left me questioning why he spends most of his time in comedy films when he has so much more to give!

Also giving Wilson a run for his money in the acting stakes is fellow American Lake Bell. Bell offers up an honest and emotionally charged performance as Jack’s wife Annie, as she fights to keep her composure in what can only be described as a nightmare situation with her and her daughters flung into harm’s way.

During one particularly terrifying scene, Annie has to make a courageous leap from one tower block to another in order to save the lives of herself and her daughters. Nothing can prepare you for a moment like that, and Bell portrays raw emotion, helping to cushion the blow as her children make the death defying jump towards her…and all the while she has no way of knowing if any of them are going to survive.

Life can be unpredictable and for the Dwyer’s in No Escape there is no time for deliberation, they have to move it and fast. That dry mouth you’re feeling is the sign of a film so good that its realism has grabbed you by the throat and won’t let you go. 5 out of 5 stars (*****)

And let us not forget the legend that is Pierce Brosnan (Hammond) in all of this! Although you could argue his character is a little patchy in places, if I was stuck in the situation the Dwyer’s found themselves in, I too would want Hammond there to help! Proving it doesn’t all end with Bond, Brosnan gives a strong performance and reminds us why he’s simply the best with a gun.

I cannot stress enough how excellent this film is – it really is a must see. Director  John Erick Dowdle doesn’t let you relax at any point – the viewer is as much on the run as the cast; the situation is believable, the panic is real, the outcome is doubtful. How will it end? When will it end? Is it, in fact, ‘the end’?

Go see it, you won’t regret it.

One thought on “When there’s no escape, you have to take the jump” 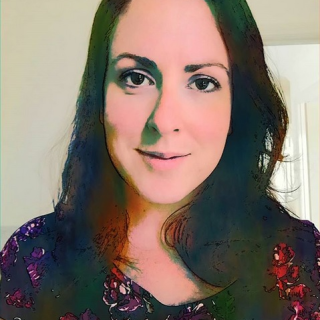 A professional writer and former journalist from the UK. I've had my work published online and in national and international newspapers and trade magazines - but this I do for fun. I still enjoy using old fashioned pen and paper to capture moments of inspiration!

Translate this blog into your language